The cross between the Dutch Pattinava and Ane Mintegi, one of the highlights of the Araba World Tennis Tour quarterfinals. 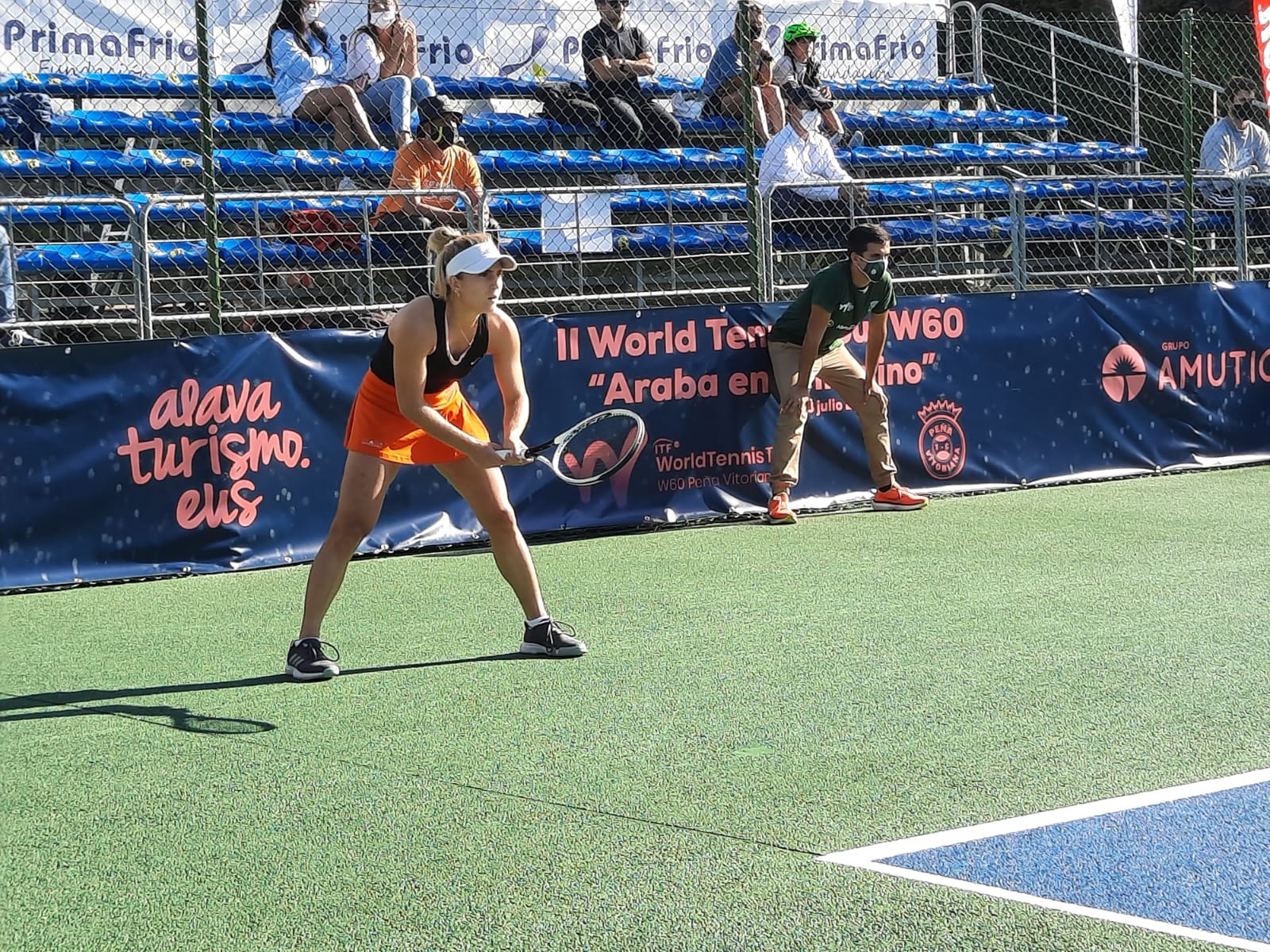 In doubles, Spain’s Fita-Carrillo against Gadechi-Masarova and Han-Omae against Cerviño-Nichols, will be the focus of the semifinals. Mintegi, who was paired with Victoria Jimenez, withdrew from the quarterfinals.

The Araba World Tennis Tour enters its quarterfinals, after a day of great matches at the Peña Vitoriana Tenis Club courts.

One of the highlights was the clash between the sensation of the tournament, Ane Mintegi, and the Slovakian Sofia Milatova. The player from Guipuzcoa took the lead in the first set (3-6) but her rival showed her quality by tying the match after winning the second (6-1). Both required physiotherapy services. The Wimbledon junior champion held on, with varied strokes, strong with her drive, powerful with her backhand and lethal with her half-court volleys. With a 6-2 signed another victory of merit to stand in the quarterfinals where she will face the number 1 seed, the Dutch Lesley Pattinama who got rid without problems in two sets (6-2, 6-2) of the Danish Olivia Gram.

Another of the hard fought duels was the one between the Spaniards Ángela Fita and Rebeka Masarova. The Xátiva took the first set to go from more to less and give the control of the match to his rival. Masarova took the second set and was relentless in the third with a convincing 6-0. In the quarterfinals she will face the Paraguayan Veronica Cépede who beat the Andorran Victoria Jimenez in two sets (3-6, 6-7). In the other Spanish duel, Estela Perez beat Maria Gutierrez 6-4, 6-3. Perez will face Finland’s Kulikova, who beat France’s Mallaurie Noel 6-0, 6-3.

In doubles, Fita and Carrillo are looking to repeat the 2019 final. To do so, they will have to overcome the Gadecki-Masarova pair. In the other semifinal, the Anglo-Spanish pair Nichols-Cerviño will have a complicated clash against the Korean Han Na-Lae and the Japanese Akiko Omae.